Featured Utah locations are listed below, and shown on the Utah map - these are the most scenic places in the state, and include ancient ruins, arches, canyons, lakes, mountains, rock formations and scenic drives.

Hiking in Utah, in national parks and other areas: north, south central, southeast and southwest
Other Utah Resources 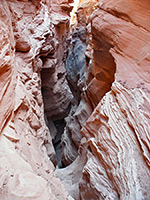 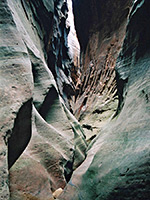