Plants of West and Southwest USA

These pages describe and illustrate the plants of West and Southwest USA, with information about habitat, range, size and flower type. 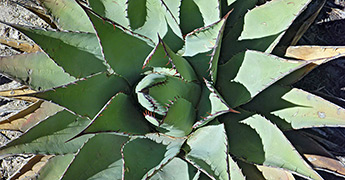 Agave and yucca belong to the same subfamily (agavoideae) and have a similar appearance, with long, thin leaves bearing a sharp point at the end, radiating from a central stem to form a symmetric rosette.

The main distinguishing features are that yucca have leaves which are narrower, thinner, less tapering, do not have spines along the edges but often bear thin, curly white hairs instead. Agave leaves are generally wider, thicker, more tapering, are often edged by spines but do not have thin hairs. Also in the Southwest are several similar rosette-forming desert species including sotol and nolina.
Cacti 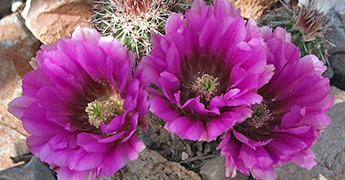 Cacti cover most of the Southwest, not just in the Sonoran, Mojave and Chihuahuan deserts, but in varied climate zones to 6,000 foot mountains, and range from tiny, hidden species to the giant saguaro, which may reach a height of 40 feet. 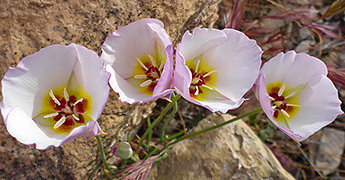 There are tens of thousands of wildflower species in the West, many rare and localized, others very similar and difficult to identify, but some are much more common and easily recognized.

Color is the most obvious characteristic, and flowers can be divided into Blue, Brown, Green, Orange, Pink, Purple, Red, White and Yellow.