Agave of West and Southwest USA

Plants > Agave and Yucca > Agave
Agave are succulent plants, meaning their leaves retain water and hence are thick and fleshy. Leaves radiate from a short central stem, and are protected by a long spine at the tip and (usually) by rows of equally sharp teeth along the edges. Plants favor desert environments, especially in Mexico, but the range extends across most of south and southwest USA, where just over 20 species are found, out of a total of over 200. Agave are sometimes known as century plants owing to their habit of flowering only once, when aged; flowers (inflorescence) are borne along the upper portion of a tall stalk (scape) that in some species reaches a height of 30 feet. Some species look similar but tend to grow in distinct, non-overlapping regions which aids identification. 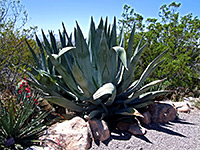 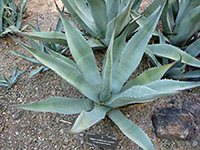 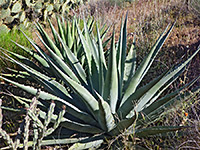 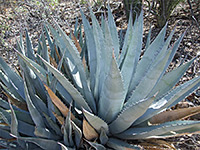 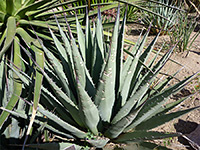 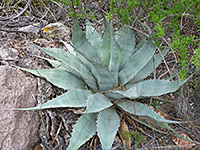 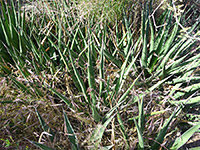 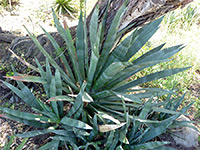 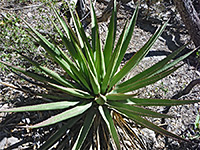 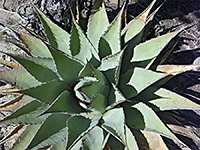 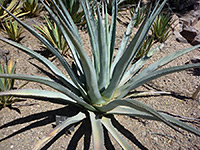 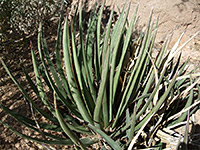 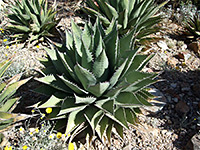 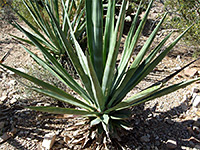 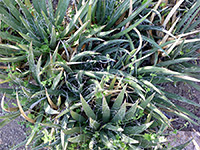 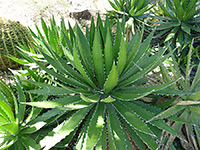 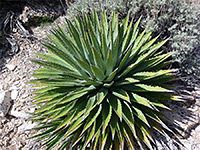 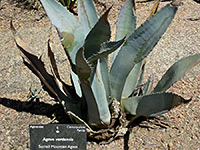