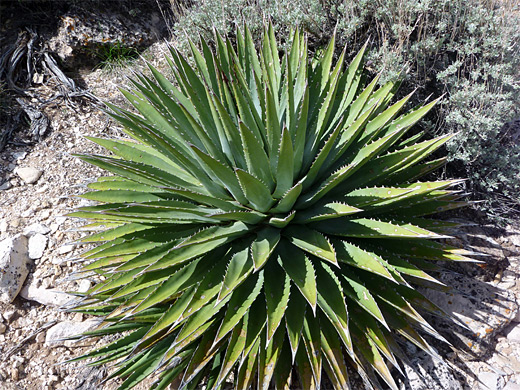 Agave utahensis is one of the more common agaves of the Southwest, ranging from the low elevation Mojave Desert of California and Nevada eastwards to the North Rim of Grand Canyon at 8,000 feet. Plants form a dense but compact globular rosette of dagger-shaped leaves, usually solitary but sometimes sprouting from the root system into small clusters. Leaves have a maximum length of 20 inches and range between half and nearly 2 inches in width. The upper surfaces are fairly flat, becoming slightly concave towards the tip, while the undersides are gently convex. The greyish teeth merge with the toughened edge towards the tip, leading to the stout apical spine.

The kaibabensis subspecies has wider leaves (over an inch) and forms larger rosettes, while the utahensis subspecies has leaves generally less than an inch wide, and a smaller rosette. The former has a limited distribution, found in north Arizona, in the vicinity of the Grand Canyon and the eastern end of Lake Mead. Ssp utahensis has three varieties (utahensis, nevadensis, eborispina), differing in the color and length of the apical spine, and the length of the leaf edge teeth, and is found in various places further west. 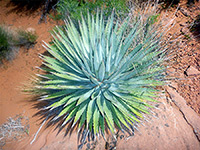 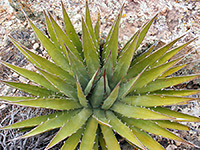 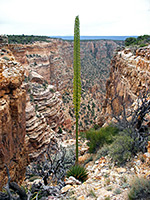 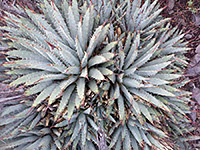