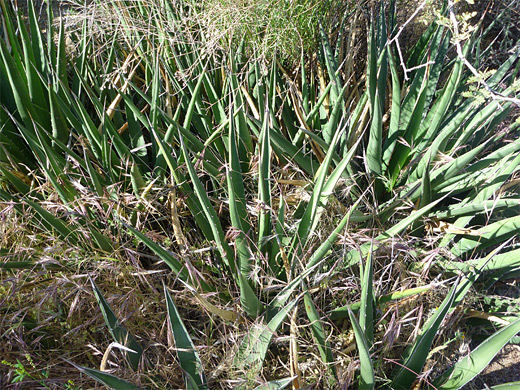 Lechuguilla differs from most other agaves as its rosette is not rigid and symmetrical; instead the leaves vary in length, size and direction, but generally point upwards and are somewhat wavy, resulting in a more irregular, untidy-looking appearance. The plant grows in the Chihuahuan Desert, from the Guadalupe Mountains (including Carlsbad Caverns) in south New Mexico to the Big Bend area of west Texas, and east as far as Del Rio.

The light green or yellowish green leaves range between 12 and 20 inches in length. The upper part of each leaf is strongly concave near the apex, while the lower section is nearly flat, but convex underneath. Teeth along leaf edges are between half and one inch apart, while the spine at the apex is grey and about one inch long. The flower stalk has a spicate arrangement, meaning the blooms are borne in closely-spaced clusters all along the upper portion of the stalk. 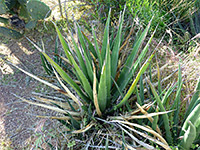 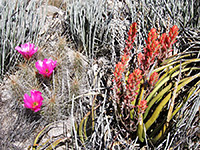 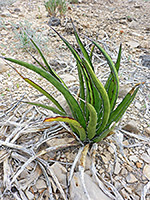