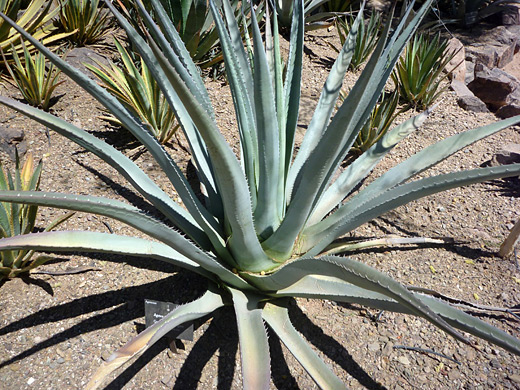 Agave phillipsiana is a rare plant, probably an ancient cultivar, historically occurring only in four remote locations near the Colorado River in north Arizona, within Grand Canyon National Park; it is thought these sites were once farmed by the native inhabitants of this region. This species is most similar to agave palmeri, so could be derived from it. In recent years a few other specimens have been reported from the Verde Valley and the Tonto Basin in central Arizona, though for most people the only place to see this plant is in collections such as the Desert Botanical Garden in Phoenix.

Leaves are long (up to 30 inches) and narrow (3 to 4 inches), grey-green in color, concave on the upper surface towards the tip, and convex below towards the base. The thin, rather brittle edge teeth are between half and one inch apart. 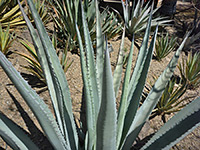 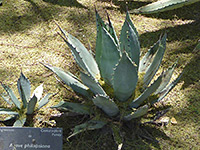