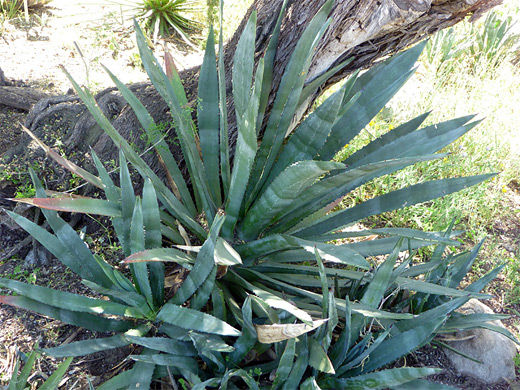 Murphey's agave has a distinctive appearance; plants form large rosettes of thick leaves, up to 32 inches long, which are fairly flat on top, becoming concave towards the tip, but convex underneath, and have cross-banded coloration in shades of grey and green. Teeth along leaf edges are small and closely spaced (half an inch), while the brownish spine at the apex is also relatively short (half an inch).

The agave is quite rare, found only in small areas of the upper Sonoran Desert of central Arizona, centered on Wickenburg and Phoenix, between 1,500 and 3,000 feet elevation. The plant originates in Sonora, Mexico, and it is thought all or most of the specimens in Arizona result from cultivation by the Hohokam peoples. 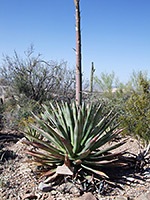