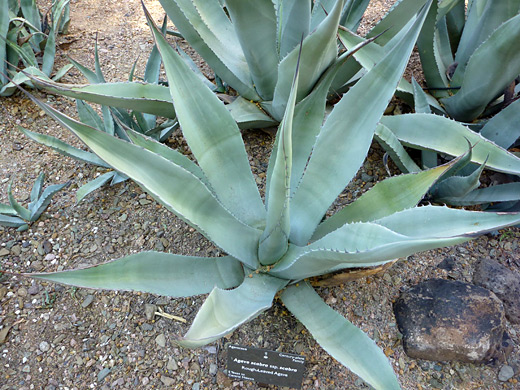 Agave asperrima is a small to medium-sized species characterized by blue-green leaves up to 3 feet in length, widest (up to 6 inches) at the middle, beyond which they taper to a sharp, brown spine, up to 2 inches in length. Leaves are strongly concave in cross-section on the upper surface, and convex underneath. The edges bear sharp teeth, quite well separated, angled generally backwards, somewhat irregular in size and direction. Leaf surfaces are rough, covered by small, whitish projections. 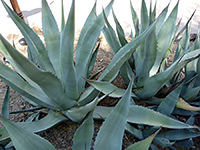