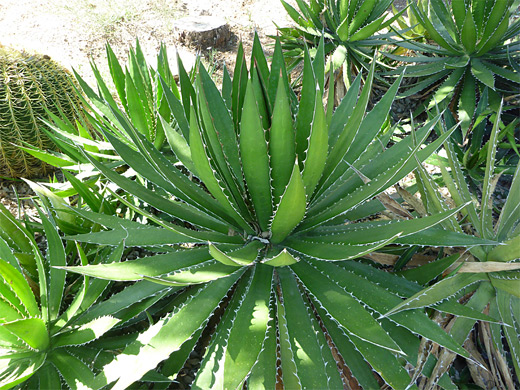 Variegated varieties of agave univittata with lengthwise-stripes are often cultivated, but in the wild the leaves are usually solid green or yellowish green in color, and in America the plant is found only in far south Texas close to the Rio Grande. Leaves are about 15 inches long, thinner than for most other agaves, and nearly flat on both sides, becoming slightly convex underneath towards the center. Leaf edges are white or light grey, as are the relatively large edge teeth (half an inch apart), and the small terminal spine. Rosettes readily form offshoots from the base or the root system, resulting in large colonies. 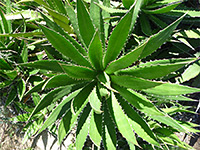 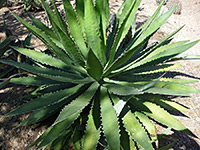 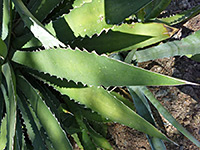