Yucca of West and Southwest USA

Plants > Agave and Yucca > Yucca
Yucca are characterized by dense rosettes of narrow, thin, closely-spaced leaves, often edged by short, white, curling hairs. The leaf tip may have a spine but this is less sharp than on agave plants. There are 27 US species, much more widely distributed than agave, ranging across the Midwest, Great Plains and all the eastern states in addition to the south, in mixed environments including deserts, grassland, mountains and coastal scrub. They also extend through Mexico towards Central America. All species have the capability to grow tall and branch, though in some arid locations this does not happen, and the plants remain compact and single. Flowers are white and bell-shaped, growing in a great mass on a shortish stalk; they are usually produced once a year though may not appear if weather conditions are unfavorable.

Hesperoyucca is a very similar genus, differentiated by characteristics of the inflorescence and the fruits; there are only two species, in non-overlapping regions (hesperoyucca newberryi of northwest Arizona and hesperoyucca whipplei of south California). 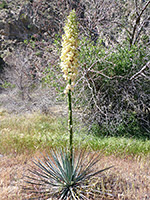 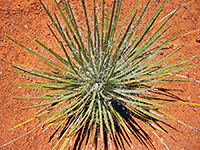 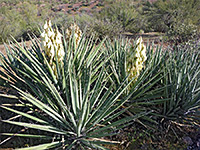 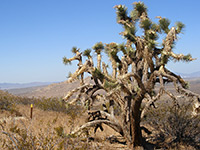 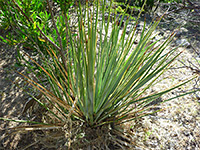 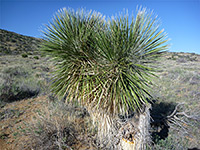 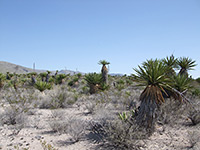 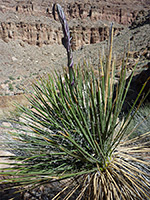 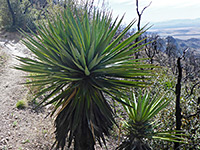 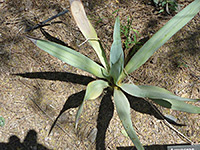 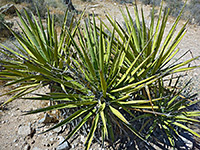 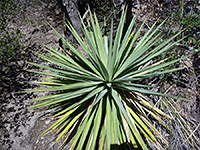 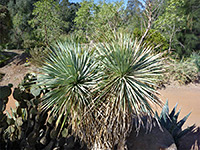 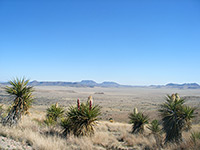 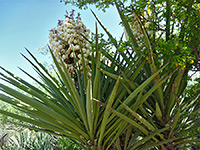