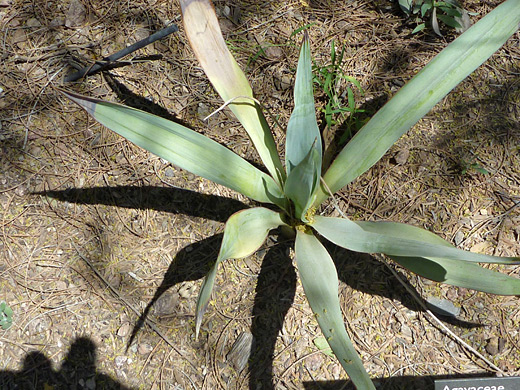 The two common names of yucca pallida, pale-leaf yucca and twist-leaf yucca, reflect the foliage, which is lighter in color than most other species - pale, bluish-green, and also somewhat irregularly curved. This is a relatively small, stemless species; leaves are up to 15 inches long and little more than one inch across, widest at the middle. They terminate in a yellowish-brown spine. Leaf edges are hairless but finely serrated, and often brown in color, while leaf surfaces have a whitish, waxy coating. Leaf edges tend to fold inwards towards the tip.

This species is most similar to, and hybridizes with, yucca rupicola, another wavy-leafed plant from central Texas.