Plants > Cacti > Ferocactus
Ferocacti are characterized by many heavy spines, growing along prominent ribs, and they include the large barrel cacti - three species - that grow in the hottest parts of the deserts of Arizona and California, some becoming up to ten feet high. There are also two smaller types, generally remaining spherical; one only in far in south California (ferocactus viridescens), the other a little more widespread (ferocactus hamatacanthus). As with cereus, there are far more varieties of ferocactus further south in Mexico. 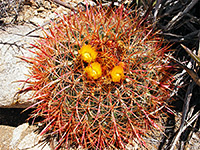 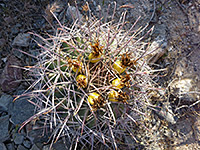 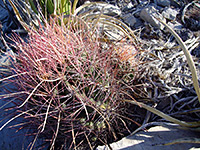 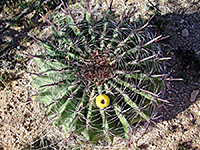