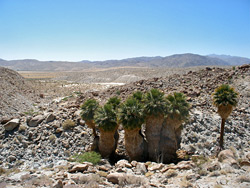 25 Southwest state parks with the most scenic and varied landscapes, including canyons, deserts, lakes and eroded rocks 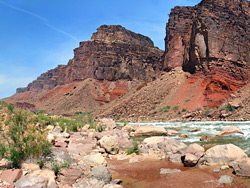 The 20 best hikes starting in the main North Rim and South Rim regions of Grand Canyon National Park, to viewpoints and down towards the river - ranging in length from 0.3 to 9.5 miles 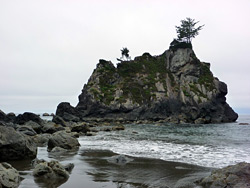 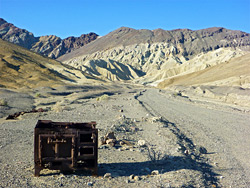 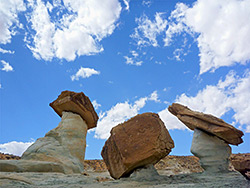 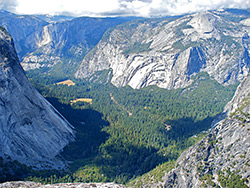 The 20 most visited NPS units in the Southwest (including California and Texas); historic sites, lakes, canyons, deserts, trees, coastline and mountains 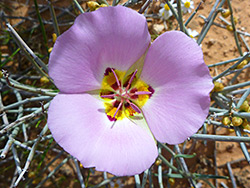 30 Wildflowers of the Mojave Desert

Selection of the prettiest flowers of the Mojave Desert, Arizona, Nevada and California - found in such parks as Death Valley, Joshua Tree and Lake Mead 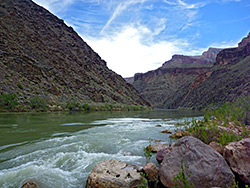 44 Viewpoints of the Colorado River

Views along the Colorado River, from its source in Rocky Mountain National Park, Colorado to Yuma in Arizona; most are in Canyonlands NP, Glen Canyon NRA and Grand Canyon NP 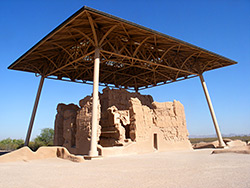 National (historical) parks and national monuments in the West that receive the fewest visitors, from 63,000 people per year to just 4,500 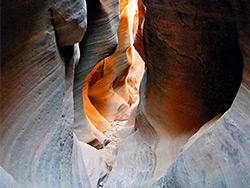 Narrow ravines through richly colored sandstone, on the Colorado Plateau of Arizona and Utah; those featured are the prettiest and longest, can be all or mostly explored without equipment, and reached by regular vehicles

Below are three lists of top ten places in the Southwest.

Difficult to decide - there are many National Forest Service campgrounds in interesting locations that are nice enough but not especially distinctive. Most standard RV/campsites are not particularly memorable. Some of the following sites are free, while for others there is a small fee, but all are quite special.

Choices for this list are hard to narrow down. There are many unusual, individual places where camping (or parking a small RV) is possible, often with no other people for miles around. Sometimes just the verge of a remote road or a lakeside beach can be as memorable as a famous scenic location.