Plants > Wildflowers > Amaryllidaceae
Amaryllidaceae, the amaryllis family, consists mostly of herbs, with just a few small, partly woody shrubs. The long, thin leaves grow only at the base of the stem, and are often absent by flowering. Flowers are borne singly or as terminal clusters. They have three petals and three sepals, similar in color and appearance, fused at the base to form a tube. At the center are six stamens. The most numerous and widespread genus is allium (onions), which formerly belonged to a separate family, alliaceae; they are found in virtually every country in the western states. Other amaryllidaceae mostly grow in the east. A few species are non-native, such as amaryllis belladonna. In total, the US has 19 amaryllidaceae genera and 176 species. 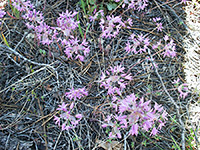 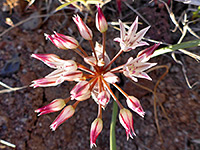 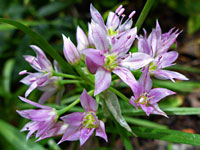 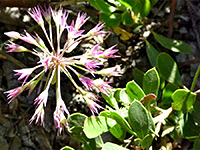 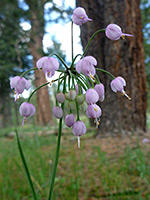 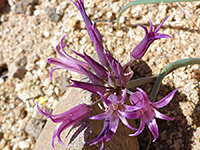 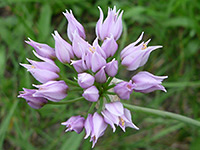 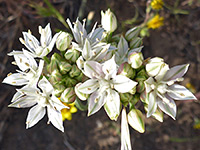 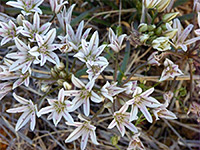 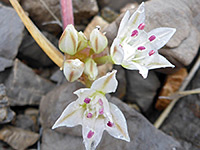 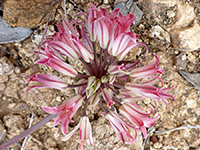 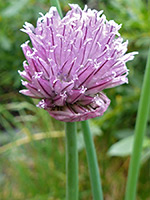 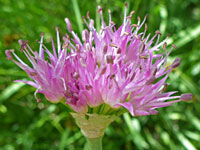 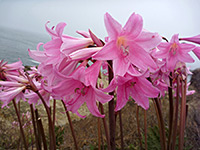 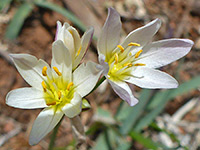