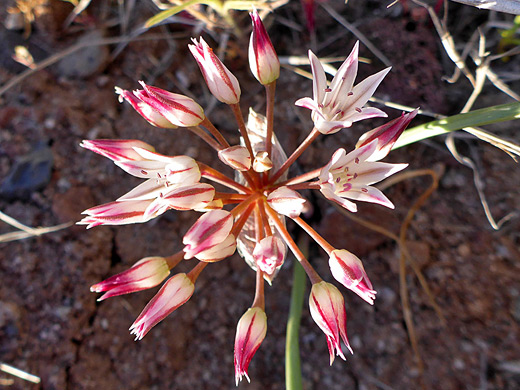 Characteristic features of allium bigelovii include stems with two leaves, leaves parting from the stem at the base, and flowers which have included (non-protruding) stamens, and three-lobed stigmas. Leaves are persistent, not withering at flowering time. The spherical inflorescence contains between 10 and 25 flowers, borne on purplish stalks (pedicels), less than one inch long. At the base of the cluster are two thin bracts, lanceolate to ovate in shape, with between 2 and 11 purplish veins.

The bell-shaped flowers are formed of six pointed, lance-shaped tepals, mostly colored white, but pink or reddish at the tip and along the midvein. The six stamens are short, white, and topped by purple anthers. Unlike some onion species, some of the flowers are not replaced by bulblets. 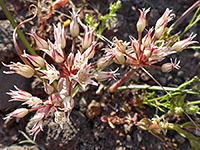 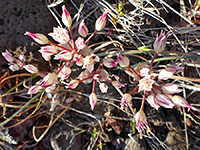 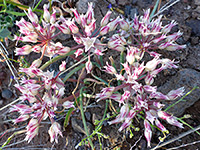