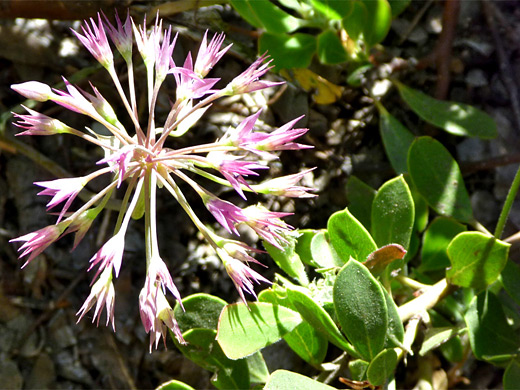 Allium campanulatum is found in medium to high elevation areas (up to 8,500 feet), from the coastal mountains near San Diego north into far south Washington, but especially in the Sierra Nevada, hence its common name of Sierra onion. The single stalks support an umbrel of delicate flowers (10 to 50 heads) with narrow tepals, (usually) strongly pointed at the tips. Most open just a little way, but some spread wide, resulting in a more conventional flower shape. The tepals are pink or purple in color, darker at the base. 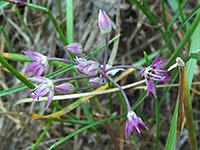