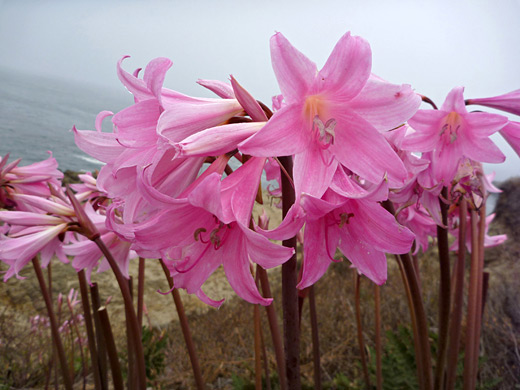 Although native to the Cape region of South Africa, amaryllis belladonna has over the last 200 years become widespread in coastal and nearby inland, low elevation regions of north California, areas not subject to frost.

Narrow green leaves are produced in early spring, or late autumn, and last a few weeks or months before withering away. The large, pink, trumpet-shaped, six-petaled flowers appear in summer, in clusters of six or more atop leafless purplish-brown stalks (one or sometimes two per bulb), and as there are often many bulbs close together, the blooms can form extensive colonies. Occasionally the flowers are pure white, but usually pink, in various shades ranging from light to dark. 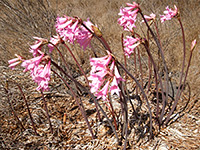 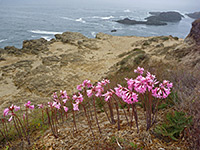