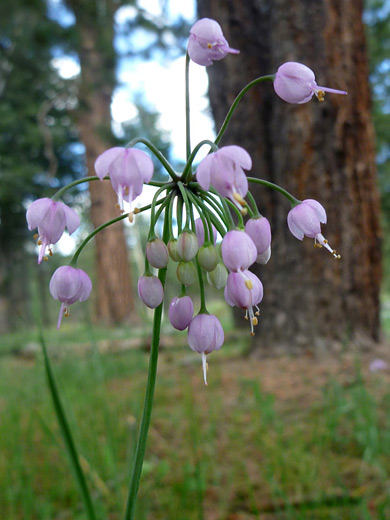 Allium cernuum is the most common and geographically widespread species of onion in the US, and in favorable locations there may be hundreds of plants growing close together. The spherical flower cluster is borne at the end of an unbranched, leafless stalk which bends down at the tip, unlike all other allium species that are upwards-pointing. The umbel has between 8 and 35 individual, bell-shaped flowers, each consisting of six ovate tepals above two thin bracts, which whither when the bud opens. A pink-purple style and six thinner white stamens project beyond the flower head. Flower color ranges from pink to lavender and (less commonly) white. The bulb and leaves have a distinct onion-like aroma.

Three to five leaves grow at the base of the stem, and persist during flowering. Leaf edges may be smooth or lined with tiny teeth. 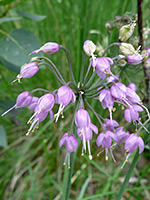 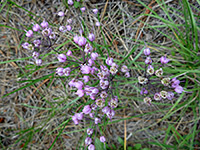 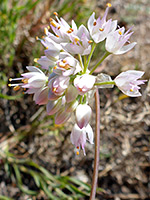 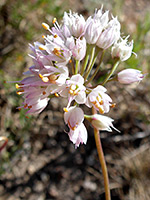 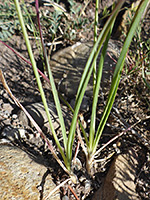 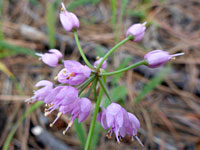 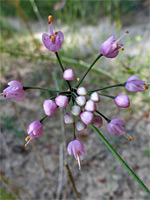