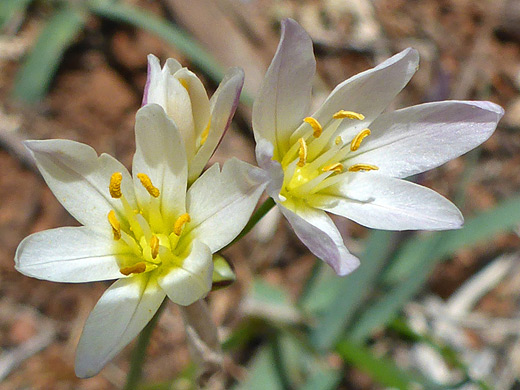 Nothoscordum bivalve is one of only two US species of this genus, the other being the non-native nothoscordum gracile. Plants produce a single flowering stem, accompanied by one to four linear or thread-like leaves, sheathed towards the base. Leaves persist during the flowering time. Stems are cylindrical, tapering gradually towards the tip, and slightly taller than the leaves - up to 15 inches.

The inflorescence is a terminal cluster of between three and six flowers (sometimes as many as ten), often born on stalks of unequal length. The cluster is subtended by two thin bracts, also persistent. Flowers are formed of six tepals, colored white or cream, yellowish at the base, and usually with a purple midvein on the undersurface. There are six stamens, topped by yellow anthers, and an unlobed stigma. 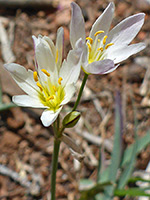 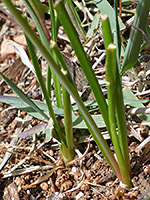 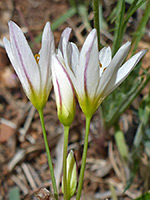