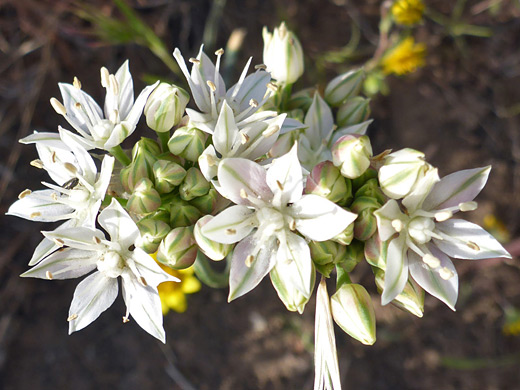 The six tepals of flowers of allium lacunosum are lanceolate to ovate in shape, narrow at the base, and colored white (usually) to pink, with darker midveins, often greenish. All are equal in shape, radiating outwards from the center, forming a widely bell-shaped flower. The six stamens have white filaments and pale yellow anthers, and are shorter than the tepals; they surround a short, white or pink, three-lobed ovary with a linear style, similar in length to the stamens. The compact umbels contain between five and 45 flowers, and are subtended by two of three thin bracts, crossed by four to six veins.

Leaves are persistent during flowering, withered only towards the tip; they number two or three per stem and are sheathed at the base. Leaves are generally a little shorter than the flowering stem. There are four varieties (davisiae, kernensis, lacunosum, micranthum), differentiated by leaf characteristics, pedicel length, stem length and the number of bracts; all occur only in California and the most widespread is var davisiae, found in the Mojave Desert, the Central Valley and the southern Coast Ranges. 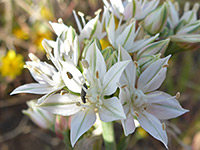 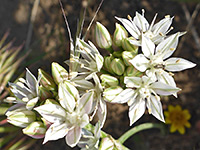 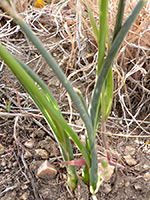 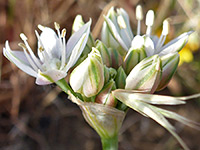 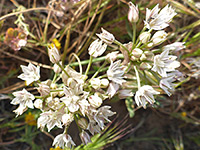