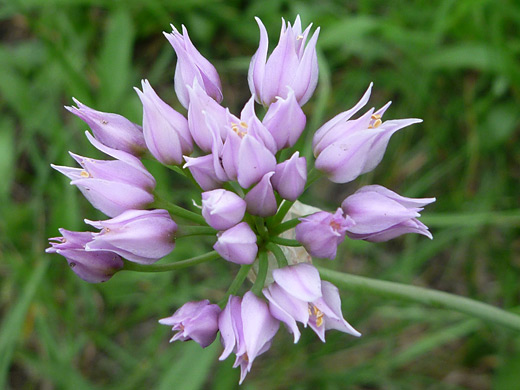 Geyer's onion, allium geyeri, produces a thick green stalk, which bears a few leaves only at the base, and terminates in a compact, spherical cluster of between 10 and 25 pale pink, urn-shaped flowers; these have six pointed tepals (pink to white in color), curved at the base and pointed at the tip, enclosing a style and several stamens topped by yellow anthers. Two or three thin papery bracts are found at the base of the umbel, but these wither away during flowering

The plant is found over a wide range of habitats, from woodland and low foothills to the mountain tundra zone up to 12,000 feet. Two varieties are var tenerum, which has fewer flowers (up to five); instead the umbel includes several egg-shaped bulbils (small bulbs), and var geyeri, the usual form, with no bulbils and up to 25 flowers. Both are found over the same general area. 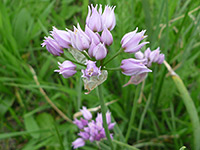 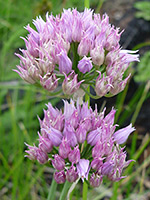 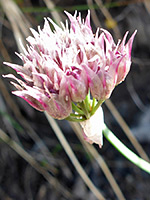 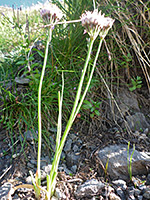 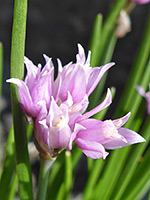 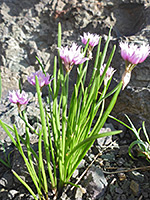