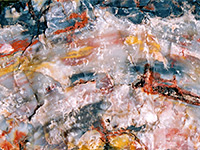 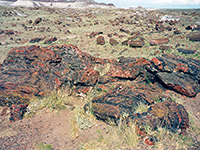 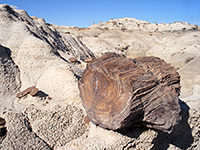 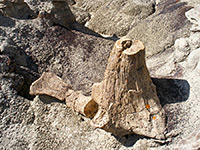 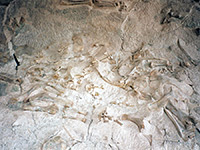 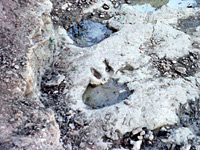 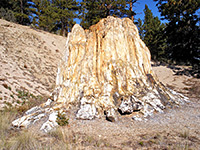 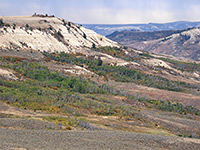 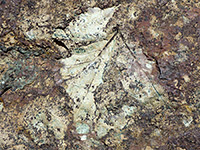 Well known, publicly accessible fossil sites in the USA tend to be concentrated in the northern Great Plains states, where large areas of soft, sedimentary rocks are exposed, with little covering vegetation. The most common fossil type in the Southwest is petrified wood, and the most fruitful location is Petrified Forest National Park in northeast Arizona, near Holbrook. Here the wood is crystalline and especially colorful; beautiful hues of yellow, red and purple, unlike specimens elsewhere which are predominantly dull brown or grey. The park goes to some lengths to ensure that visitors do not take away samples, but these can be purchased from nearby shops, which sell rocks obtained from private ground just outside the park.

The fossils in the national park occur in the purplish-grey Chinle Formation, a Triassic period sandstone layer that is quite common across the Colorado Plateau and often contains petrified wood. The plateau extends from northeast Arizona over much of south Utah and smaller areas of Colorado and New Mexico, and contains several other strata that also have petrified wood including the Fruitland Formation and Kirtland Shale, both found in the San Juan Basin of northwest new Mexico. Some other petrified wood locations on the Colorado Plateau are:

Other Southwest parks and preserves featuring fossils are listed below. In general, specimens are not viewable in a natural state, as all or most have been excavated, and instead may be viewed in museums or in protected areas. View all photographs of fossils.