Plants > Wildflowers > Saxifragaceae
There are 166 saxifragaceae (saxifrage) species in the US, in 27 genera, concentrated in the Rocky Mountains and states to the west. Some are found in the east, but they are largely absent from the Great Plains. Most species are small-flowered herbs, producing flowers singly or in clusters, elongated or branched. Leaves and stems are usually hairy. Leaves grow mostly around the base of the stems; they are usually alternate, undivided, stalked, and have palmate veins. Flowers are formed of five sepals, five (less often ten) petals, five or ten stamens and two pistils. The flower is centered on a hypanthium, a cup-shaped structure fused at the base to the various components. 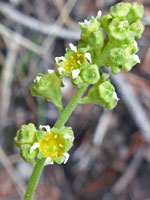 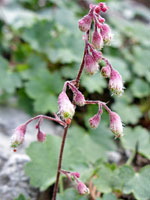 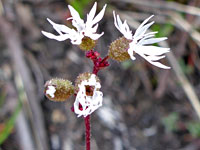 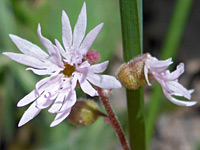 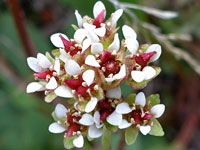 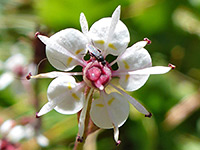 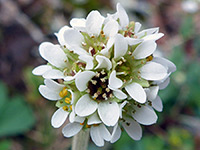 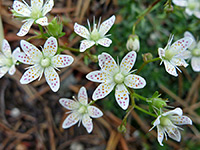