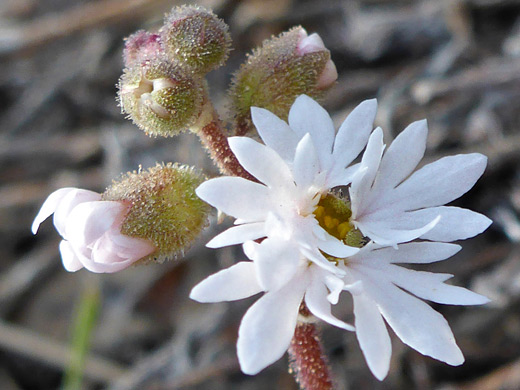 Leaves of lithophragma tenellum grow mostly at the base; there are usually just one or two stem leaves. Basal leaves can be ublobed, or pinnately lobed, but are usually palmately divided into three (less often five) irregular lobes, lined by a few broad, rounded teeth. Stem leaves are three lobed, divided more deeply than those at the base; the lobes are narrower. Leaves are attached by stems about equal in length to the blade - up to 3 inches. Leaves and stems have an even covering of short, rough, spreading hairs.

The inflorescence is one or more short, elongated cluster(s), each containing between 3 and 12 flowers, attached by short pedicels. Flowers are formed of a relatively short, bell-shaped or hemispherical hypanthium (elongating at the fruiting stage) and five clawed, white or pale pink petals, deeply divided into between five and seven lobes. The petals enclose ten stamens and a pistil, generally not exserted. 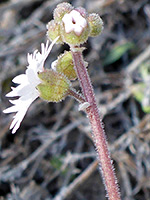 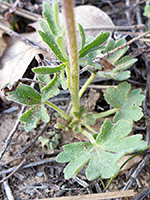 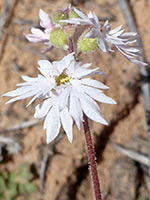 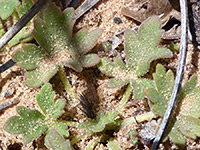 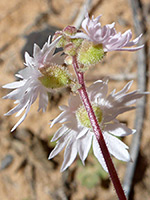 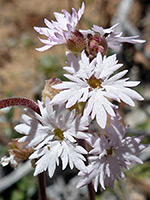