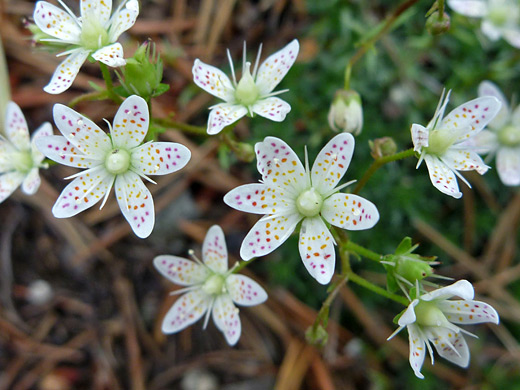 Flowers are composed of (usually) five pointed, green, ovate to triangular sepals and the same number of petals, which are flecked by quite large dots, typically colored green-yellow at the base, becoming orange, red and purple towards the tip. White stamens radiate outwards between the petals, and the flower is centered on an upwards-projecting ovary.

There are two subspecies of saxifraga bronchialis, sometimes considered as separate species. Ssp austromontana, by far the most widespread, has petals which are not clawed (narrow at the base), and do have the yellow to purple dot pattern, while the petals of ssp funstonii, found in Canada and Alaska, are clawed, and all the dots are yellow. 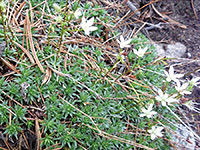 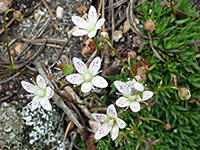 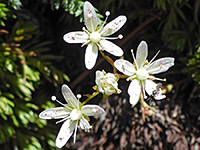 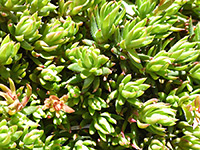 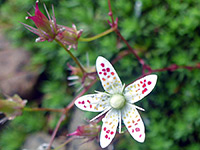 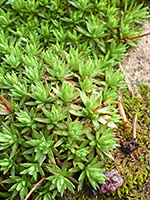