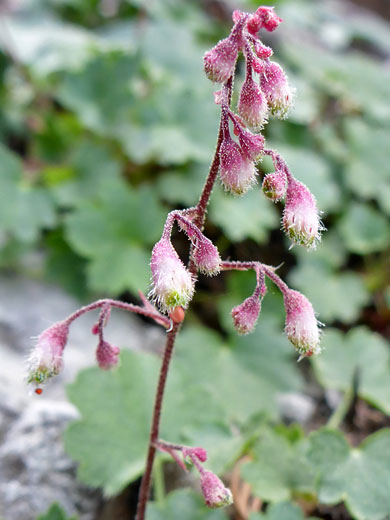 Pink alumroot (heuchera rubescens), Mummy Spring Trail, Mt Charleston, Nevada
Heuchera rubescens is found over a relatively wide area, from southeast Oregon to west Texas. Plants are essentially stemless; leaves and flowering stalk grow directly from the base. Flower stalks have a covering of short glandular hairs, while leaf petioles usually have a longer glandular pubescence, though can sometimes be glabrous. Leaves are shallowly divided into three, five or seven lobes, the lobes even more shallowly toothed; all segments are relatively broad, rounded at the tip, and have a tiny spine at the apex. Leaf surfaces may be glabrous or sparsely short-hairy; margins are often ciliate. Leaves are attached by stalks of up to 6 inches.

The glandular inflorescence is an elongated, open to moderately dense cluster, of pendent flowers. Flowers have a hairy, bell-shaped, reddish to pale pink hypanthium, at the tip of which are five hairy, erect, white to reddish sepals and five spreading, linear, pinkish petals, similar in length to the sepals. Stamens are exserted; they have white filaments and relatively large orange anthers. Flowers are bilaterally rather than radially symmetric. 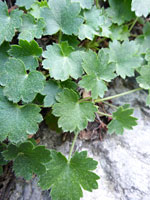 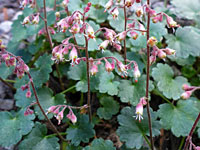 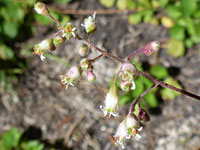 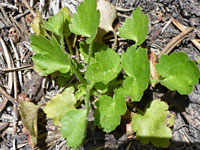 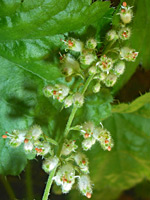 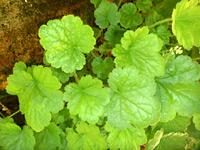