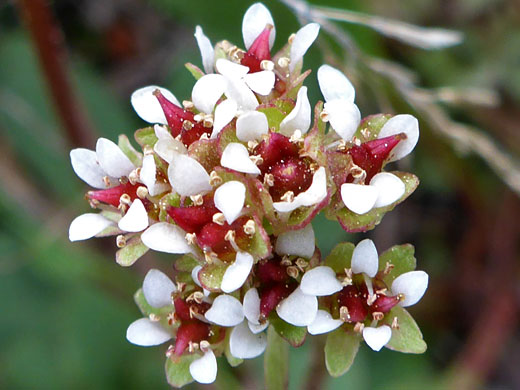 Micranthes aprica occurs all along the Sierra Nevada, and in other mountains of northern California, extending a little way into neighboring Oregon and Nevada. The hairless or sparsely hairy leaves grow only at the base; they are tapered at the lower end, to the short, flattened petiole, and lined by a few small, well-separated teeth along the upper margin. Stems and leaf margins are often reddish. Stems have a sparse covering of purplish, glandular hairs. 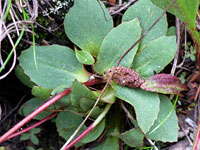 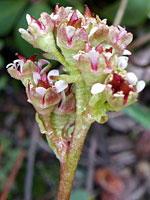