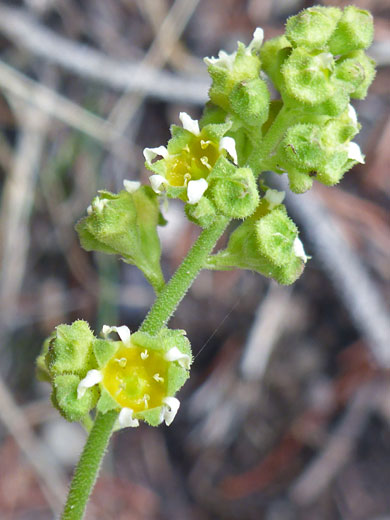 Heuchera parvifolia is a small though quite distinctive plant, with slender, leafless flower stalks rising well above a cluster of bright green basal leaves, which have scalloped or irregularly toothed edges. Plants are stemless; leaves and flowers grow directly from the caudex. Flower stalks, leaf petioles and (occasionally) leaf surfaces have a covering of short, glandular, head-shaped hairs. The petiolate leaves are approximately as broad as they long, and are usually shallowly divided into five or seven lobes. Sometimes the divisions are deeper.

The inflorescence is a relatively dense, elongated cluster, which becomes more spread out in the fruiting stage. The cup-shaped, greenish-yellow flowers are tiny, less than 0.2 inches across; they are formed of a radially symmetric hypanthium, ringed by five white petals alternating with five green, equally-sized sepals, and containing five yellow stamens, not exserted. 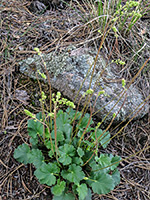 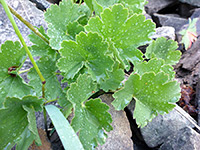 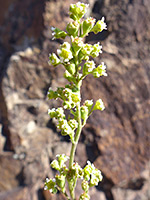 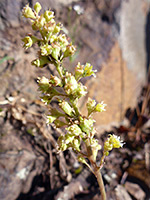 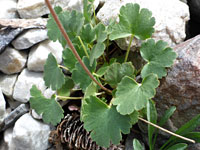 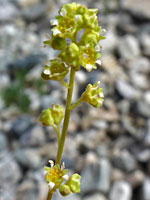 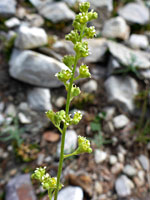 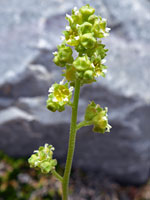 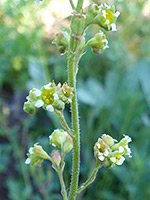