Plants > Wildflowers > Euphorbiaceae
Euphorbiaceae (the spurge family) are low growing herbs, less often shrubs or even trees. Flowers are small and numerous, radially symmetric, and either male or female, on the same plant; they either have just stamens (one to ten), or just a pistil. The calyx and the corolla are both divided into five lobes. Leaves are usually alternate and simple, but can also be opposite and (palmately) divided. Most plants have milky sap. The US has 39 genera and around 350 species; most numerous genera include acalypha, croton, euphorbia and tragia. 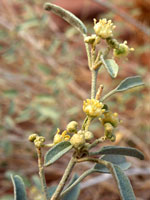 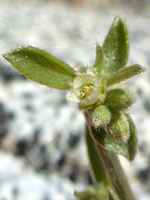 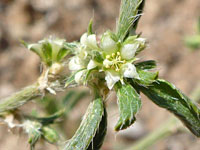 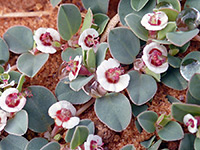 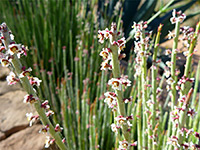 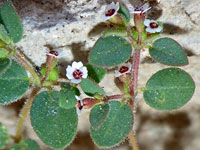 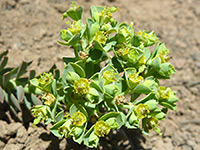 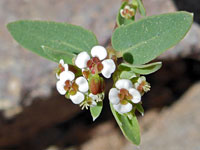 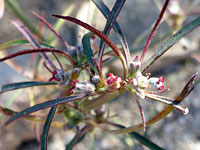 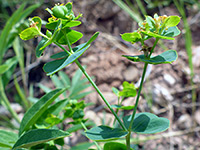 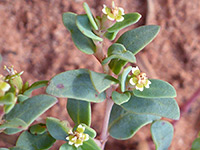 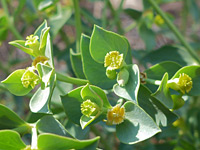 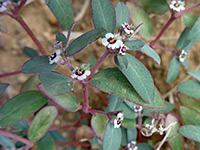 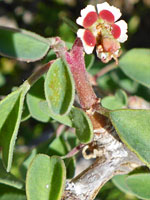 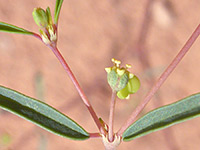 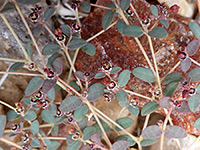 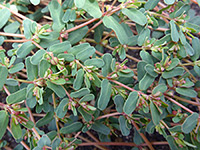