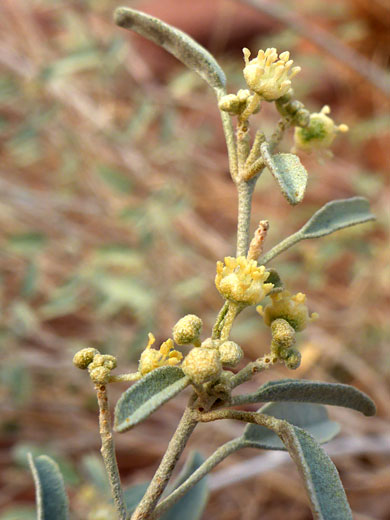 Croton californicus (California croton), Valley of Fire Wash, Valley of Fire State Park, Nevada
Croton californicus is a dioecious species; plants produce either staminate or pistillate flowers. The former have between ten and 15 stamens, with whitish filaments and yellow anthers, while the latter contain a three-pronged ovary, each chamber topped by a four-lobed style. Both types of flower have five equal-sized sepals (larger for pistillate specimens), but no petals. Sepals, stems and leaves are covered by scale-like, star-shaped hairs.

The inflorescence is an open, leafy cluster, of between three and eight flowers (staminate) or one to six (pistillate). Leaves are light green below, darker above, with blades that are more than twice as long as wide. 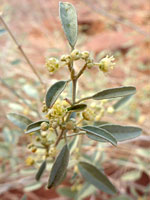 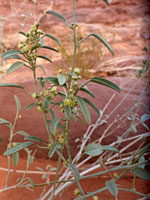 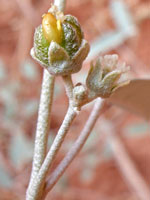 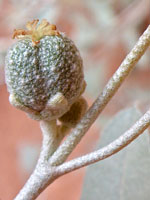 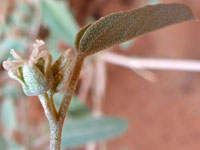 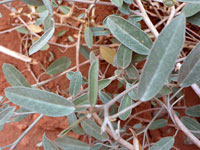