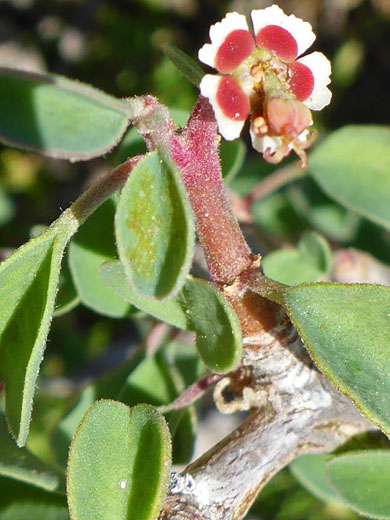 Euphorbia misera (cliff spurge), Bayside Trail, Cabrillo National Monument, California
Euphorbia misera occurs in a narrow band along the coast of southern California, south of Los Angeles, on the Channel Islands, and a few nearby inland locations, including the Little San Bernardino Mountains. Distinctive features include the alternate leaves, symmetric at the base, and the unusually large, (white), petal-like appendages on the involucral glands. It is also taller than most other spurges, up to 3 feet.

Stems are sparsely hairy when young, becoming glabrous as they age, and woody. Leaves are dull green, broadly ovate, often folded along the midvein, and also sparsely hairy, especially underneath. The flowers, cyathia, occur singly at the branch tips and upper leaf nodes; they have a bell-shaped involucre and five red or yellowish glands, transversely oblong, each attached to a white appendage of about equal width, irregularly toothed along its upper edge. Male flowers contain between 30 and 30 stamens, while female flowers have a stalked, three-chambered ovary with forked styles. 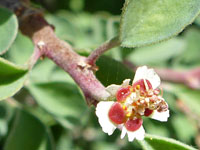 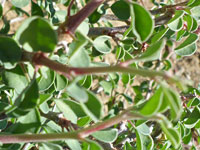 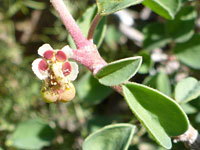 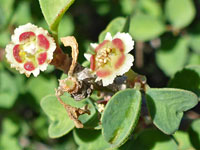