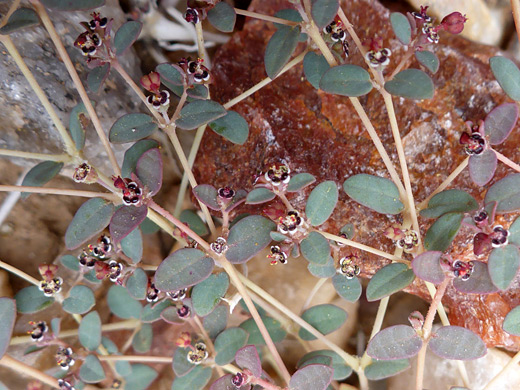 Euphorbia polycarpa, Pinto Peak, Joshua Tree National Park, California
The most visible part of the inflorescence (cyathium) of euphorbia polycarpa consists of four white, petal-like appendages which have a shiny reddish-black gland at the base, sometimes longer or sometimes shorter than the white portion. Margins may be smooth or wavy. Below is a red, bell-shaped involucre, attached by a short pedicel, while at the center is a ring of between 15 and 30 tiny, staminate flowers enclosing a larger, protruding pistillate flower. There is usually one cyathium per leaf node.

Leaves and stems may be sparsely hairy, or hairless. Stems generally stay close to the ground, and they branch readily, forming dense mats. Stems bear opposite pairs of dull green leaves, often tinged purple. Leaves are asymmetric at the base; the portion to one side of the midvein extends a little further down than the other half. Leaves have a pair of tiny, triangular stipules either side of the attachment point. 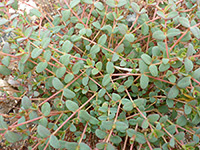 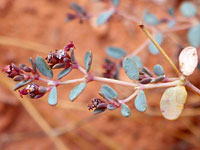 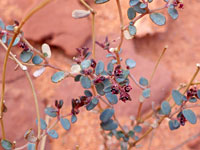 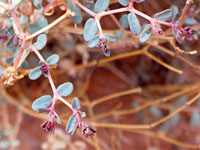 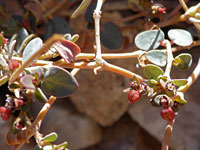