Plants > Wildflowers > Amaranthaceae
The amaranthaceae (amaranth) family is a group of herbs or shrub-like plants, unremarkable in appearance, producing generally small flowers; sometimes solitary but mostly in elongated clusters, commonly forming at the leaf nodes on the upper part of the stems. Flowers have five tepals in most species, though varying from one to eight, and they are subtended by small bracts. Leaves may be opposite or alternate, and usually have entire margins. The US has 54 genera in this family, the majority with only a few species; the atriplex genus has by far the most members, with around 65. 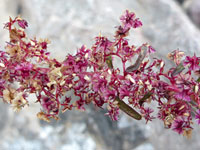 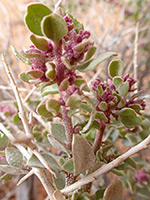 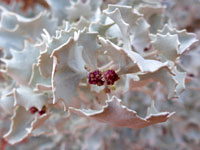 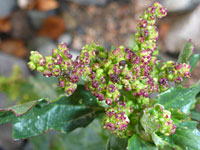 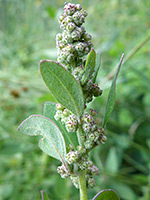 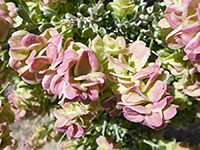 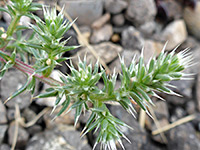 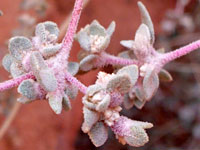