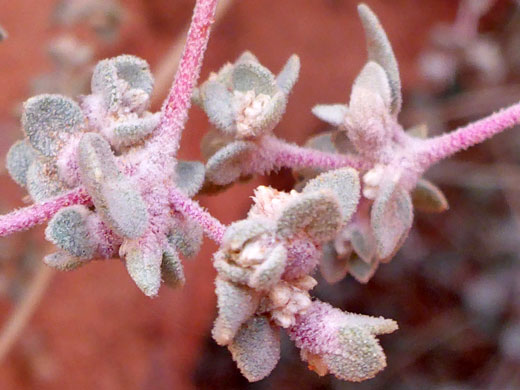 Tidestromia suffruticosa (honeysweet), Valley of Fire Wash, Valley of Fire State Park, Nevada
Stems, leaves, pedicels and sepals of tidestromia suffruticosa, a small shrub, are densely covered with short, forked hairs, often candelabra-shaped - giving the plant a whitish sheen, though the length and color of the hairs are quite variable. The branched stems are usually red, while leaves are gray-green.

Flowers are inconspicuous, borne in small clusters (one to three) at the leaf nodes; they have five tepals, yellow to brown in color - the outer three larger than the inner two - enclosing a ring of five stamens alternating with five tiny, triangular appendages (pseudostaminodes).

Two varieties are recognized - var suffrutico, with ovate leaves, and var oblongifolia with oblong leaves, though the difference is not well-defined. 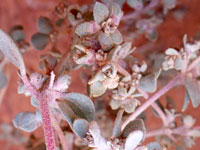 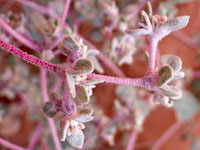 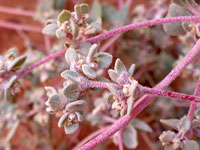