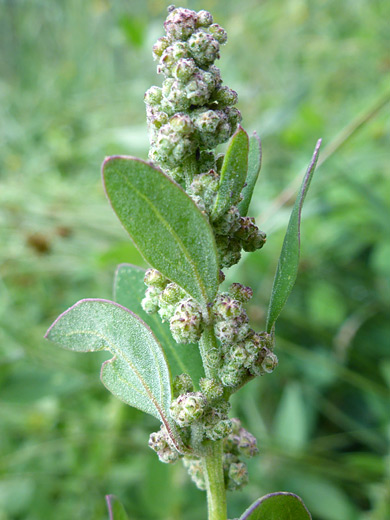 The flowers of chenopodium atrovirens are tiny, formed of five green sepals, five greenish petal-like lobes, five stamens and two stigmas, and they are produced in dense clusters, at the top of the stem and at the leaf nodes. More noticeable, and long lasting, are the fruits, which are also colored green initially, becoming reddish as they mature. Fruits are roughly spherical, enclosed by the residual sepals, and, like the flowers, are covered by a floury, granular, pinkish-white coating. Fruits open to reveal a number of small black seeds.

Stems branch freely, reaching heights of around 2 feet. They also have a farinose covering, as do the lower surfaces of the leaves. The leaves have reddish stalks around half an inch long, and are usually ovate in shape, with a prominent midvein plus two side veins. Leaves are about twice as long as they are wide, and they occasionally have a pair of small lobes at the base. 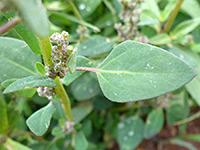 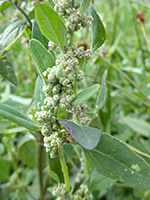 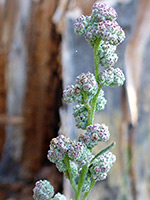 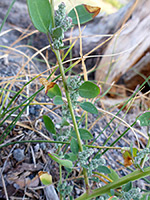 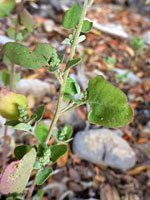 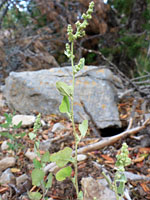