Plants > Wildflowers > Orchidaceae
Orchidaceae (orchid) is the largest plant family, with over 20,000 species, the majority in tropical areas; the US has only around 360, but in a relatively large number of genera (113). They are found in most parts of the country except the Great Plains, and are least common in desert areas. Flowers may be produced singly, in elongated clusters (most common) or in branched clusters. Flowers are often large, with unusual, complex structures, and they are bilaterally rather than radially symmetric. They have three petals and three sepals, which are often similar in size and prominence to the petals. The lower petal is often enlarged, extends backwards to form a spur, or is otherwise different in shape or color. Stamens (one or two) and style are fused, to form a column at the center of the flower. Leaves are simple, and often have parallel veins. 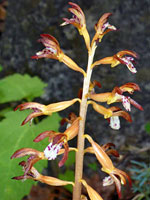 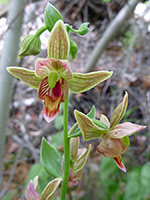 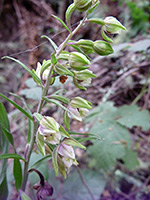 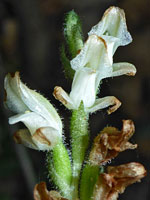 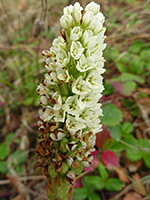 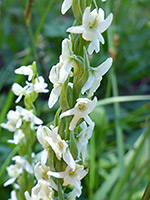 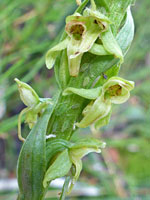 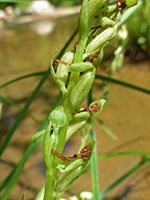 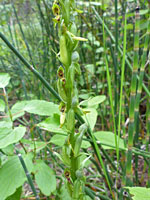 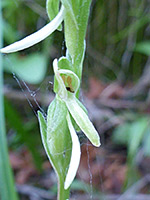 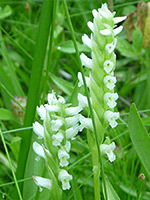