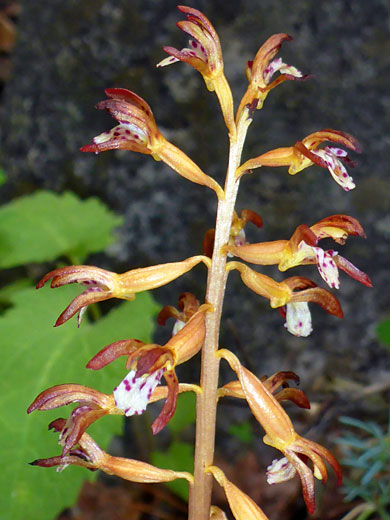 Corallorhiza maculata is the most widespread of the seven US species of coralroot orchid, and can be recognized by its lip, the lower petal, which is purple spotted but otherwise white, and has two rounded lateral lobes towards the base. The main, central lobe widens slightly towards the tip. The upper edge of the lip is slightly irregular, or toothed. The two upper petals are reddish-brown, yellowish towards the base, not obviously cupped, positioned either side of the upper sepal. The two lateral sepals are spreading or slightly angled forwards. Sepals have three veins. The central column is yellow, also spotted with purple.

The leafless inflorescence typically contains between six and 40 flowers, on a stem colored light brownish-yellow to dark red. Stems become darker as the plant withers. Fruits are pendent, striped red capsules, up to 1 inch long.

Two varieties are var maculata, for which the lip is only slightly widened at the tip, and var occidentalis for which it is noticeably wider, more than 1.5 times the width at the base; both forms are widespread. 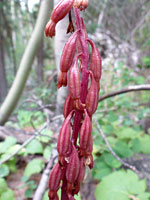 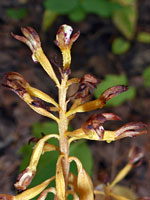 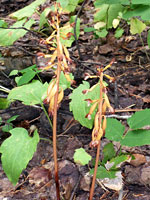 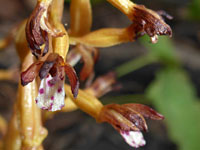 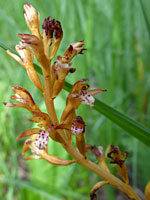 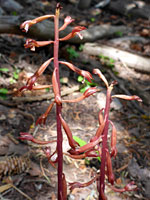 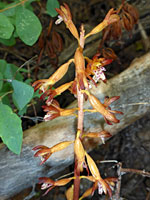