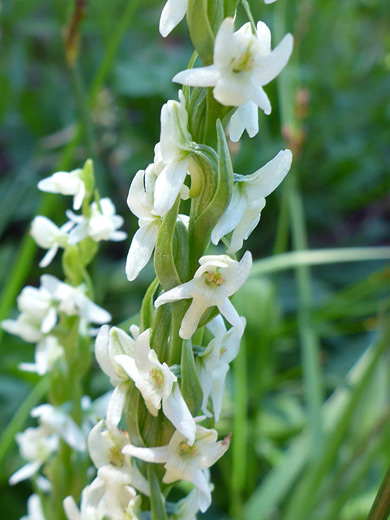 Flower stalk of the white bog orchid (plantanthera dilatata), Uinta Mountains, Utah
Orchids are generally uncommon, but platanthera dilatata is widespread across many mountainous regions of the West, usually growing near a water source. The pure white or very pale cream flowers are about 2/3 of an inch in diameter and are borne in large numbers along the upper part of the thick green stem, which in some specimens is quite short, around 10 inches, but can reach heights of 40 inches and have many dozen flowers. The flowers consist of a hood formed of the two upper petals and the upper sepal, two narrow lateral sepals, and a wider, unlobed lower petal, which has a backwards-pointing spur, similar in length.

Between the flowers are short, pointed, upwards-pointing bracts, slightly whorled in arrangement. True leaves are found all along the stem, not restricted to the base. There are three varieties of platanthera dilatata(albiflora, dilatata, leucostachys), identifiable by the relative length of the spur to the lip, and the shape of the spur. All other platanthera species in the West have yellowish or greenish flowers. 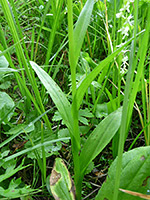 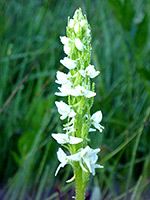 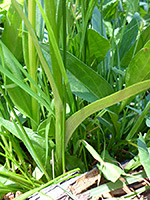 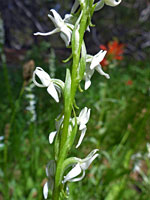 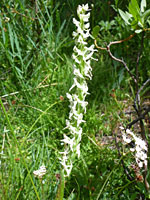 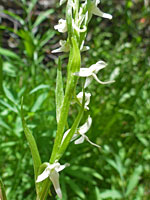 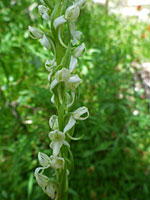 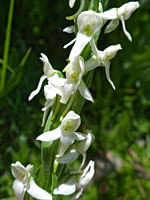 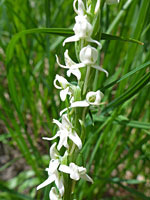