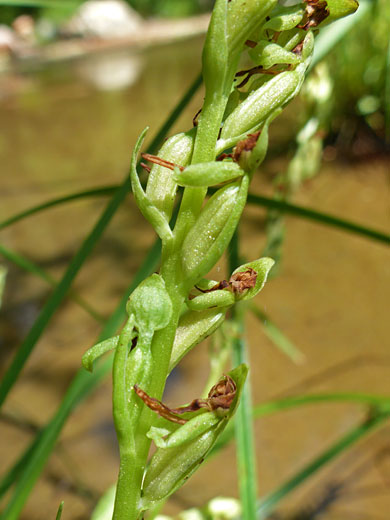 Platanthera sparsiflora is a tall orchid, up to 4 feet, found in riparian environments over a wide range of elevations; it is most widespread across the Sierra Nevada and other parts of northern California, though its range westwards all the way to the Rocky Mountains. The common name refers to the inflorescence, which contains fewer flowers than for some similar species, more widely-spaced, though this is a very variable species, and the flower positioning is not diagnostic.

Leaves are relatively few in number, sometimes concentrated at the base but usually extending most of the way up the stem. Leaves are ascending to spreading, sometimes partially recurved beyond the middle.

Flowers are green to yellowish-green. Lateral sepals are reflexed - angled downwards, often positioned close to the lower petal, the (unlobed) lip of which is relatively narrow, oblong to linear in shape and up to 0.4 inches long. The linear spur is similar in length, ranging from slightly shorter to 1.5 times as long. Each flower is subtended by a longer, light green bract. 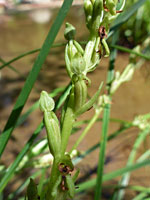 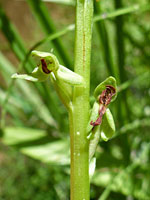 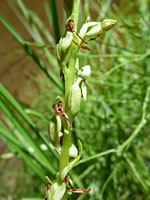 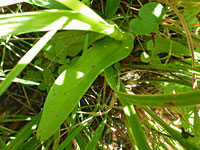