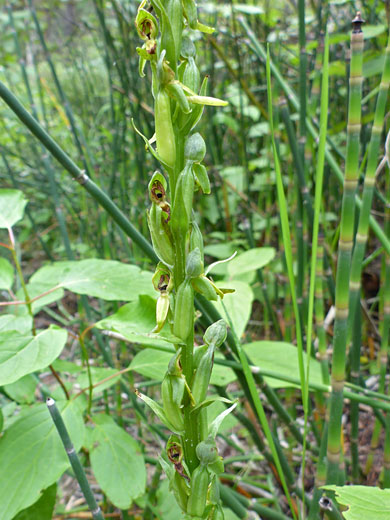 Platanthera tescamnis is a recently (2006) identified orchid, from specimens previously considered as varieties of platanthera sparsiflora; it is found over a wide region, from the Colorado Plateau across the Great Basin into California, often in rather drier locations than some similar species. One distinguishing feature is the relative size of the column, the reproductive components at the center of the flower, to the enclosing hood - around half for this species, near two thirds for platanthera sparsiflora.

Stems are tall, up to 4 feet, and rigid. Leaves (between five and nine) are mostly at or near the base, not higher up the stem. The inflorescence occupies up to 2 feet at the top of the stem, with alternate flowers that are relatively well-separated. Sepals are green while petals are distinctly yellowish. The lower petal, positioned downwards, is lanceolate in shape, noticeably wider at the base than towards the tip, while the spur is narrowly club-shaped, and varies in relative length from 0.8 to 1.4 times the lip. The lip is longer than the two lateral sepals. Beneath each flower is a narrow bract, curving upwards. 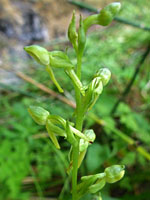 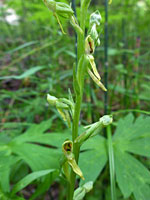 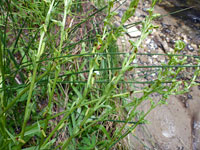 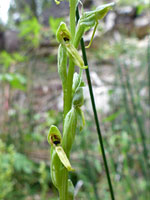 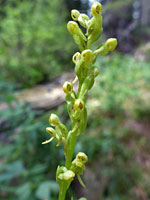 Top of a flower cluster 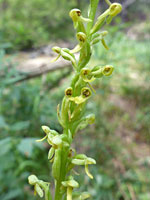 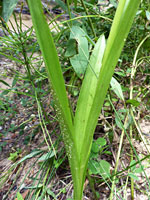 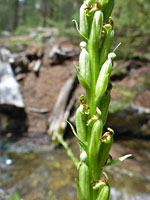 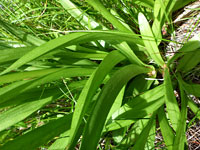 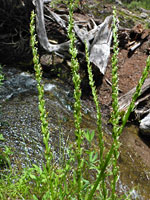 Plants beside a stream 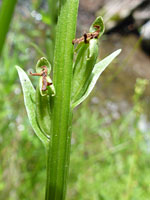 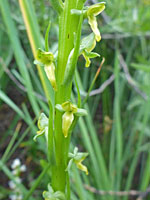 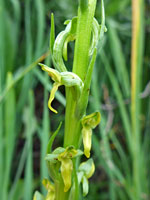 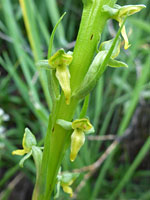 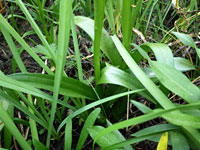