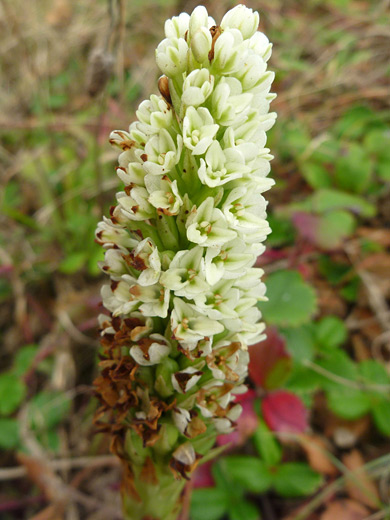 Leaves of piperia elegans grow only around the base and have often withered by flowering; like most orchid species they are relatively large and broad, and have prominent, closely-spaced, lengthwise veins. Plants are most common along the Pacific coast, growing in generally dry locations.

The inflorescence extends up to 15 inches along the upper part of the stem; flowers are distributed evenly on all sides, not arranged spirally. Each flower is subtended by a green bract. The three sepals are white, with a green central vein, and the upper sepal points vertically upwards. The three petals are white or pale green, and similar in size. The lower petal has a spur underneath. 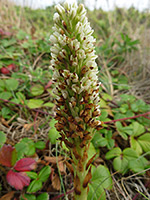 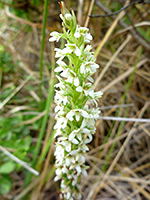