Plants > Wildflowers > Zygophyllaceae
The zygophyllaceae (calthrop) family is a small group of plants, with 16 US species in six genera, mostly in dry, warm regions in the west and south of the country. Flowers are produced singly or in small clusters at the leaf nodes. Leaves are usually pinnately compound, oppositely attached, and grow on stalks, which may have stipules at the base. Leaflets have entire margins. Flowers are formed of five unfused sepals and five separate, non-overlapping petals, often somewhat twisted, like a propeller. Flowers have ten stamens (less often five or 15), arranged around a five- or ten-lobed ovary. 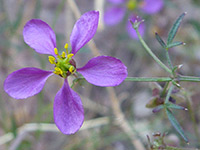 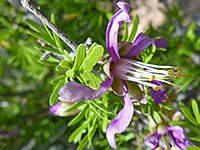 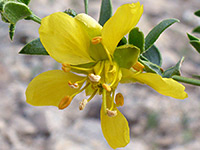 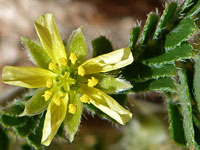