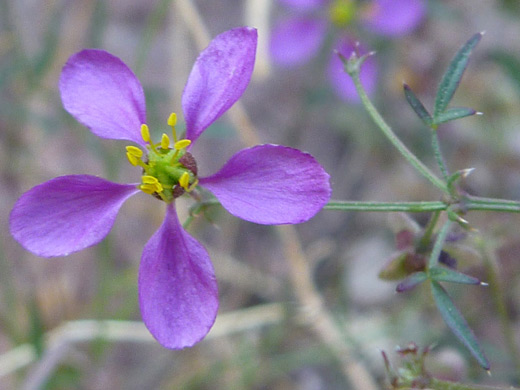 Stems of fagonia laevis are slender, grooved, dark green and repeatedly branched, with a sparse covering of similarly-colored leaves. These are divided into three narrow leaflets, each with a spine at the tip. The terminal leaflet is slightly longer. Leaf edges and tips are often reddish, though the spine is light brown. Leaf stalks have a single stipule at the attachment point, similar in appearance to the leaflets, though much smaller. Leaf surfaces are somewhat waxy.

Flowers have five, small (less than a quarter of an inch long), non-overlapping pink petals, which are clawed, ie much narrower at the base. At the center are ten yellow-tipped stamens and a greenish ovary. Flowers are produced singly, at the end of the branches. The plant inhabits rocky locations that are generally dry but receive moisture in spring. Favorable weather conditions can result in a second blooming period in the fall. 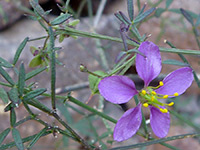 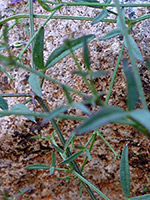 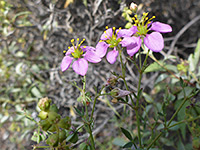 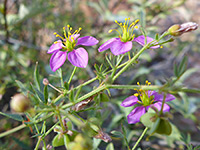 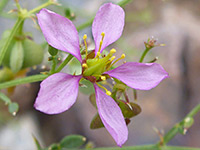