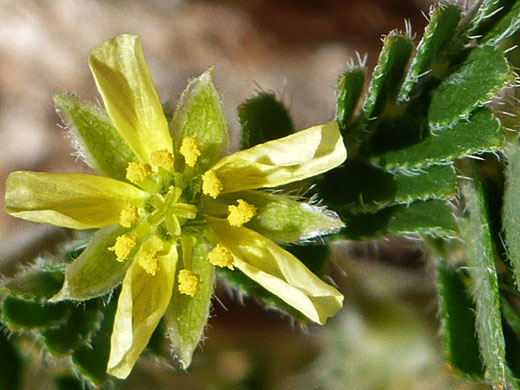 Tribulus terrestris is an invasive species now found in many places across the US. Its common name of puncture vine refers to the seed pods, the outer edges of which are armed with two rigid, horn-like spines, capable of damaging tires or animal feet; it is considered a noxious weed in many states. The pods form as a cluster of five, breaking up when mature; they may also have two smaller spines at the base.

The prostrate stems, often reddish, are lined with spreading, silky white hairs. Leaves are pinnately divided into closely-spaced leaflets, around a third of an inch long, and are also hairy, especially along the margins and on the undersurfaces.

Flowers are formed of five lanceolate sepals, hairy underneath, and five slightly longer oblong yellow petals. At the center are ten yellow stamens and a five-ridged style. 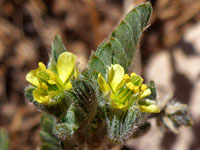 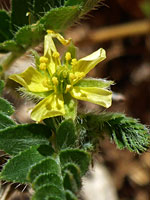 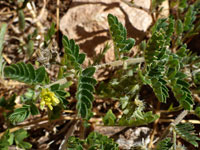