Canyons of the Ancients National Monument

Highlights:
Large, mostly undeveloped region of canyons and mesas, containing thousands of ancient, Ancestral Puebloan sites. The preserve is crossed by a few roads but the majority is accessible only on foot. There are three main locations - the pueblos of Lowry, Painted Hand and Sand Canyon, and much scope for off-trail, backcountry exploration
Nearest city with hotels:
Cortez
Management:
BLM
Location:
37.585, -108.920 (Lowry Pueblo)
Seasons:
All year, though roads may be affected by snow in winter
Rating (1-5):
★★★★★
Weather: 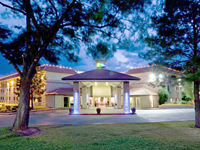 All hotels in Cortez - Affiliate disclosure
The Anasazi, or Ancestral Puebloan culture was centered on the Four Corners area, flourishing between AD 300 and 1300, and the most abundant relics are found in a broad band towards the north of the region, approximately between Durango in Colorado and the Colorado River in Utah. Within this expanse are three large protected areas of ruins and artifacts, in addition to smaller locations; by far the most famous is Mesa Verde, while much less visited but still relatively well-known is Cedar Mesa in Utah. The third large region, least known, is Canyons of the Ancients National Monument, a BLM preserve created in 2000.

Like the other two, this contains partly wooded mesas and relatively shallow, branched canyons, over an area of 20 by 25 miles, in far southwest Colorado adjoining Utah. Within are four detached units of Hovenweep National Monument, preserving partly restored dwellings, but apart from three other places (the pueblos of Lowry, Painted Hand and Sand Canyon), all ancient sites in Canyons of the Ancients are unrestored, and unmarked. Over 6,000 sites have been recorded, and a larger number are believed still to await discovery. The majority are not obviously recognizable as a relic - perhaps just a low depression or an overgrown pile of stones, yet there are still plenty of visible ruins, and many interesting places can be viewed by off-trail exploration.

The national monument is crossed by several paved roads and a greater number of unpaved routes (see map), though nearly all of the canyons and mesa edges are inaccessible by vehicle, reached only by cross-country hiking, and hence the vast majority of the preserve is rarely visited. Locations of the undeveloped sites are not publicized, in order to prevent possible damage were large numbers of people to visit, though staff at the visitor center (the Anasazi Heritage Center, 3 miles west of Dolores along Hwy 184) can advise about specific locations. But most people only visit the three main, signed sites, which are Lowry Pueblo, a developed, restored ruin beside a main road, Painted Hand Pueblo, a more evocative collection of smaller ruins reached by a short hike, and Sand Canyon Pueblo, once one of the largest settlements in the area although such ruins that were visible are now buried for protection, and from where a 6.5 mile trail leads to several smaller locations.

Most of this part of Colorado is covered by snow in winter, persisting until March, and some of the unpaved roads may be inaccessible due to mud for a few weeks after the snow melts. Summers are hot, with temperatures in the 90s F. Fall usually sees the best weather, with mild temperatures and low rainfall. Spring wildflowers are somewhat limited owing to the lack of many different habitats, but there are still several hundred species found here. Cross country hiking is allowed almost anywhere in the monument, just not across various private inholdings. Free, primitive camping is permitted anywhere apart from at the developed sites, beside ruins or near water sources.

Constructed around AD 1060, Lowry Pueblo is the only fully developed site in the national monument, and may be reached by driving 8.6 miles along a straight road (County Route CC), westwards from Pleasant View along US 491. Most is paved except for the final few miles, but the surface remains good. The road passes flat farmland all the way until just before the pueblo, which is situated in partly wooded surroundings close to the upper end of Cow Canyon, one of the many lengthy drainages in the monument. The side road to the pueblo ends at a parking area with rest rooms and informative notices, from where a short path leads to the site. The central section of the pueblo, the Great House, includes a deep kiva and various high-walled rooms, all protected by a low, metal canopy, which spoils the overall appearance though is necessary for preservation. Other rooms (and two small kivas) extend to one side, now just wall remnants a few feet high, while the larger Great Kiva, 50 feet wide, may be seen a short distance southeast. Part of the main structure can be entered, as far as a viewpoint of the kiva and a few rooms. A short loop path circles the whole site, and all can be seen in just half an hour or so.

Painted Hand Pueblo, perhaps the best of the visible backcountry sites, is quite centrally located in the monument along paved road 10, which in the west links with the main section of Hovenweep National Monument, in Utah, and in the east connects with roads 8B and CC from US 491. From this direction, the road leaves the flat farmland after several miles, entering more overgrown, less developed surroundings, running along a mesa between Ruin Canyon to the north and Hovenweep Canyon to the south. The land remains privately owned for a few more miles, until the road crosses into the monument and reaches a junction with a side road (number 4531) to the pueblo, this 17.4 miles from US 491 (via road 8B), and 5 miles from the Utah stateline. The trailhead for the short hike to the pueblo is 1.1 miles south, and the track is generally fine for regular vehicles though a wash crossing quite soon may be wet and muddy. The track crosses a patch of private land for a short distance then re-enters the monument. The parking area is on the east side, on the rim of Hovenweep Canyon; beyond, the road, now somewhat rougher, continues another 1.4 miles to the Cutthroat Castle unit of Hovenweep National Monument. The path runs along the rim for 1,000 feet then splits, one branch dropping down through a narrow gap between two rocks to the base of a circular tower - the most eye-catching ruin at the site - while the other branch continues a little further then descends more gently. The tower is built on a projecting rock, wider on top and narrower below; at the lower level, under the rim, are some wall remnants, some faint handprint pictographs, and soot on the ceiling. Near the tower is another small ruin, more faded pictographs, and at least one petroglyph. The trail passes several other small masonry remains before returning to the rim. Many large grey boulders are scattered around, some of which may have other rock art. To the south, the land slopes gradually down by 200 feet, into the wide, shallow canyon, beyond which, 15 miles away, is the distinctive outline of Sleeping Ute Mountain.

Near the east edge of the national monument, Sand Canyon Pueblo was once the largest settlement in the area, with 14 towers, 100 kivas and over 400 rooms, but virtually nothing is visible today, as following excavations in the 1980s, all walls were covered for protection. Instead, several notices along a short loop path give some idea about how the village looked. The site is reached via paved roads N and P, 9.5 miles west of US 491, and 14 miles from Cortez. The pueblo also marks the north end of the 6.5 mile, relatively popular Sand Canyon Trail, which descends, quite steeply at one point, into a wide drainage to the south, passing several ruins, concentrated at the southern end of the path, which is reached by road G, a busier, fully paved route alongside McElmo Creek. A car shuttle is advised if hiking the whole trail, though many people just walk a few miles along the lower section - sites here include Castle Rock Pueblo beside the trailhead, and Saddlehorn Pueblo after one mile. Other smaller (single room) sites can be seen along the linked Rock Creek and East Fork Rock Creek trails, both loops.

Canyons of the Ancients - Hiking

Canyons of the Ancients - Photographs

San Juan Mountains (40 miles) - spectacular peaks and valleys near the southern end of the Rocky Mountains
Nearby places
Similar places
Cedar Mesa - ruins, pictographs and petroglyphs in the mesa and canyon country of southeast Utah

Mesa Verde National Park, Colorado - the most famous ancient sites in the Southwest