Plants > Wildflowers > Scrophulariaceae
The Scrophulariaceae (figwort) family has been reduced in size in recent years following transfer of some genera to other families, such as penstemon to plantaginaceae. In the US, there are now 59 species in 9 genera, most common, in the West, being verbascum (non-native), scrophularia and buddleja.

Most plants are herbs, producing vertical clusters of flowers, usually accompanied by leafy bracts. Leaves are variable: simple or pinnately divided, whorled, alternate or opposite. Flowers tend to be bilaterally symmetric; a five lobed calyx and a corolla that opens to a two-lobed upper lip and a three-lobed lower lip. There are usually four stamens, in two pairs, and sometimes a fifth, infertile stamen. 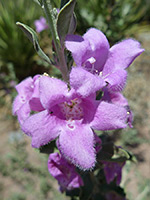 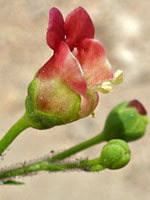 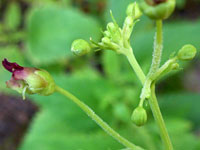 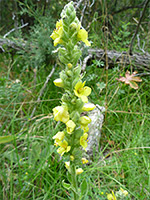