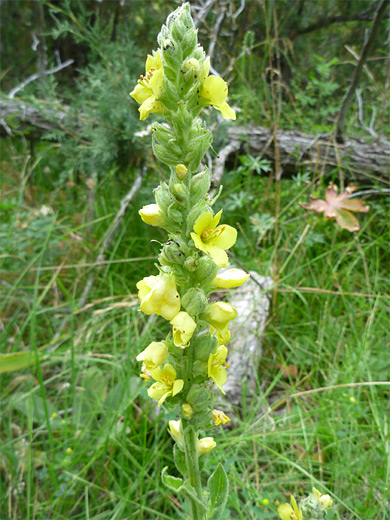 Verbascum thapsus has large, light green, felt-covered leaves around the base and most of the way along the thick, unbranched stem, which is topped by an elongated (up to 20 inches) cluster of small yellow flowers. Flowerheads are formed of five rounded lobes, about one inch in diameter when fully open, and five orange-tipped stamens - three hairy, with small anthers and two hairless, with larger anthers. In the first year the plant produces a basal rosette of leaves, while in the second it grows the stalk, which has successively smaller, alternate leaves. The common mullein has spread all across the US after being introduced from Europe. 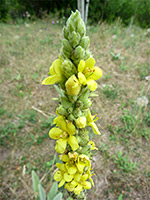 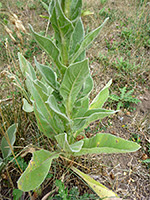 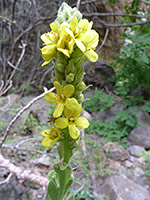 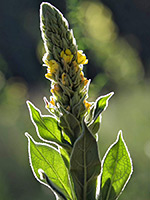