Plants > Wildflowers > Aizoaceae
Most plants in the aizoaceae (ice plant) family originate in Africa (the majority), Australia and the Pacific Islands, but a few are native to the US, and others have become established. In total around 23 species from 13 genera can be found here, concentrated in coastal regions, in Oregon and California, and from Texas all the way to Maine. Leaves tend to be short, simple and thick (succulent), while the flowers are radially symmetric, formed of three to eight sepals, numerous petals and numerous stamens. Sepals are often brightly colored, resembling the petals. Most species are low growing, often forming extensive mats. 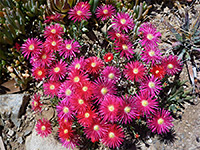 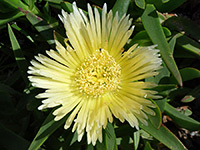 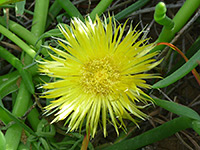 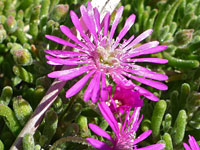 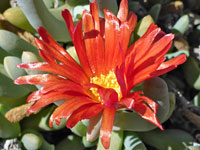 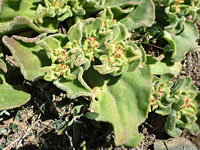 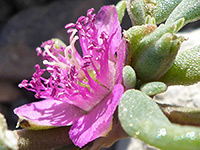