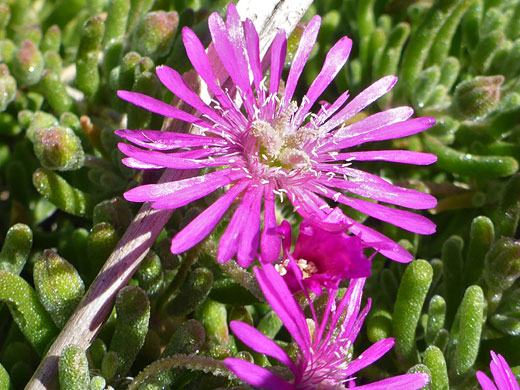 Drosanthemum floribundum, Sunset Cliffs, San Diego, California
Like most ice plants, drosanthemum floribundum originates in the southern part of Africa, but has become established along the coast of California, from the north all the way south into Mexico. The plant is less common than some other non-native aizoaceae species, however. The succulent leaves are short and thick, round or somewhat triangular in cross-section, light green in color but reddish at the tip. Stems grow sideways, along the ground, and readily take root from the leaf nodes, forming thick mats.

The brightly colored flowers are formed of five sepals, several dozen thin, pink or purple petals and a central group of whitish stamens. Leaves and stems are rough due to a covering of short, white, bristly hairs. 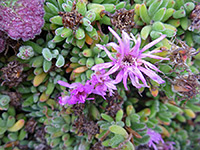 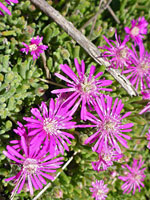 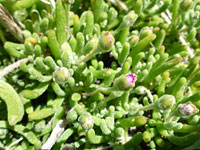 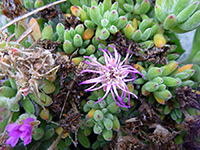