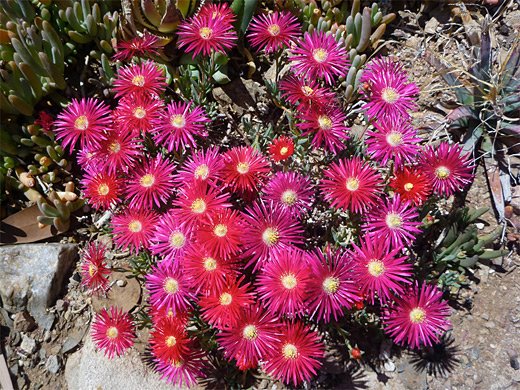 The brightly colored pink or magenta flowers of carpobrotus chilensis are a common sight in some areas of the California and Oregon coastlines, although the plant is not native to the US, originates in southern Africa and is also found in South America. The plant is a low-growing succulent and has thick, pointed, grey-green leaves that are triangular in cross-section and form extensive mats. The flowers are similar in form to many species of the aster family, with numerous small petals around a yellow center, but are much richer in color. The similar carpobrotus edulis (sea fig, which has pale pink or yellow flowers) is found in the same regions, and the two often hybridize. 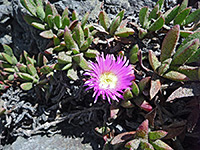 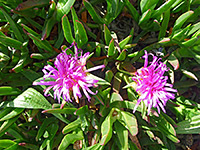 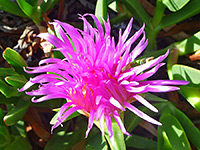